Are innocent people really being
killed for their organs in China?
The truth behind organ harvesting.

Anastasia Lin portrays a victim of torture in the short film Ravage, based on true events.

In the short film Ravage, Chinese police and medical staff cut open a woman to sell her organs to unwitting transplant patients. And it turns out she’s not their first victim. How could a scene like this be true? If there’s one thing more terrifying than this fictional film, it’s the staggering facts behind it.

In 2009, a courageous eyewitness came forward who wanted to clear his conscience. The armed guard was present at a surgery on April 9, 2002, in an operating room on the 15th floor of the General Hospital of Shenyang Military Command. He was stationed in the room while two military doctors extracted organs from a woman without administering any anesthesia. The victim was a middle school teacher in her 30s detained for practicing Falun Gong — a spiritual practice banned since 1999 by the Chinese Communist Party. Before the doctors killed her, she had been subjected to a month of severe torture, brainwashing, molestation and rape. The scenes in the film Ravage are a toned down depiction of the guard’s eyewitness account.

“You can kill me, one person, but can you kill millions of us?” — the victim’s last words

When accounts began surfacing from Chinese immigrants and refugees that described innocent people’s organs being removed without anesthesia and the profit going to line the pockets of Chinese government officials, few people took those accounts seriously. But independent academics and researchers set about investigating whether the claims were true. A thorough analysis concluded that, sadly, yes, house Christians, Uyghurs, Tibetans, and especially Falun Gong practitioners are the victims in an unprecedented and ongoing crime against humanity that began in 2000. What the guard in the film testified to seeing was just the tip of the iceberg.

Hear more of his testimony below. Click here to watch Ravage, the film that aims to bring these cruel events to light.

In 2006, an investigation was led by human rights lawyer David Matas and former Canadian Member of Parliament David Kilgour into this terrifying mystery. Their report entitled Bloody Harvest compiled over 60 pieces of evidence that all pointed to the same appalling conclusion: the Chinese government has been systematically killing tens of thousands of prisoners of conscience and profiting from the sale of their organs. Matas and Kilgour were nominated for the Nobel Peace Prize for their work, and since then, the world began taking this issue seriously.

“After months of investigation, including undercover interviews with doctors throughout 12 provinces in China, we come to the regrettable conclusion that these allegations are true.” — Hon. David Kilgour, Esq.

In 2006, Canadian filmmaker Leon Lee added to the body of evidence by tracking down patients willing to talk on camera about organ transplants that they paid for in China. Human Harvest was broadcast around the world in 2014 and went on to win the prestigious Peabody Award, setting the stage for a higher level of awareness and concern in living rooms and parliamentary floors around the world.
​
American researcher and author Ethan Gutmann published his findings after years of investigation and interviews with over 100 witnesses, including Falun Gong practitioners who escaped China, doctors, policemen, and camp administrators. He estimated that 65,000 Falun Gong practitioners were killed for their organs from 2000 to 2008, and that between 450,000 and 1 million Falun Gong practitioners were detained at any given time. His book The Slaughter added significantly to China-watchers’ understanding of the subject with new sources of evidence and analysis. Gutmann was nominated for the 2017 Nobel Peace Prize.

“If someone is going to China to get an organ in this day and age, chances are they are getting an organ from a Falun Gong practitioner who was murdered on their behalf.” — Ethan Gutmann, Nobel Peace Prize nominee

As a follow-up in 2016, Matas, Kilgour and Gutmann worked cooperatively to release an update to their research. It revealed new analysis of Chinese transplant hospital bed counts and other facts that led them to estimate a much higher casualty rate than previously thought. Chinese authorities claim they perform around 10,000 organ transplants per year. But analysis led the researchers to the conclusion that 60,000 to 100,000 such operations actually take place there every year. That means up to 1.5 million organ transplants may have taken place in China since 2000, mostly harvested from Falun Gong prisoners of conscience. And the death toll is still rising. The slideshow below outlines the most compelling pieces of evidence from their combined body of work.

What is Falun Gong
& why is it targeted?

You’ve probably heard of tai chi, the slow-moving exercises that increase energy by working on the flow of chi in the body. Falun Gong (also known as Falun Dafa) is a similar practice that has five sets of slow-moving exercises and three principles to follow: truthfulness, compassion and tolerance. In 1992, its founder, Li Hongzhi, made Falun Gong publicly available without formal organization, property or membership. Those who practice it report better health and improved overall well-being. Today, the practice is free of charge and available in dozens of languages.

In 1999, the Chinese government estimated there were over 70 million people practicing Falun Gong. That was more than the membership of the Communist Party at the time. Fearing the increasing number of Falun Gong practitioners, the then-leader of the regime, Jiang Zemin, ordered Falun Gong to be eradicated, even dedicating a secret police force to the task. Abductions and torture are just some of the methods used to try to turn adherents from their faith. Read more about the 19-year long bloody persecution of Falun Gong here.

When Falun Gong practitioners refuse to renounce their beliefs even under extreme torture, they find themselves stuck in China’s vast prison system, sometimes comprising 50 percent or more of a given prison’s population. This large number of healthy prisoners who don’t smoke, drink, or use drugs have become the prime source for Chinese leaders’ highly lucrative trade in organs.

How has the world reacted
to this evidence?

US Congressman Chris Smith did not mince words when he declared “organ harvesting experienced by prisoners of conscience—and in particular that targeting Falun Gong practitioners—is unacceptable, reprehensible, and illegal. It must be ended immediately. Victims must be compensated and justice must be served.”

Scores of his international peers have followed suit, publicly condemning China’s actions, spurred on by a growing body of evidence, testimony, and expert analysis. Find out what other influential people have said on the topic.

“To rip open the body of someone who is simply involved in a religious or personal or political idea that is a contrary to the wishes of the ruling elite, and not a physical threat to the regime, this is about the most monstrous crime that I can conceive of.” 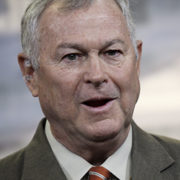 “The Chinese government actively condone—indeed, are involved in—the murder of potentially thousands of their own citizens every year for the purpose of forcibly extracting vital organs, most notably practitioners of Falun Gong.” 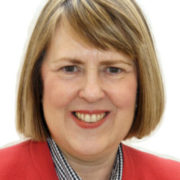 “I’m absolutely convinced that from 1999 onwards, organ harvesting from prisoners has been taking place, especially the Falun Gong. “ 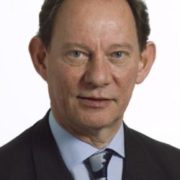 “If you’re going to China to get a liver transplant, during the three weeks you are there someone is going to schedule an execution, blood type and tissue type the potential executee.” 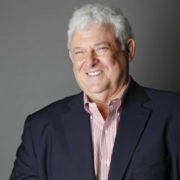 “Canadians are concerned about the cruel practice of forced organ harvesting by the Chinese regime on vulnerable prisoners, including Falun Gong practitioners.” 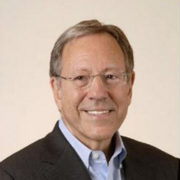 “Our new bill seeks to combat the scourge of forced organ harvesting, when organs are taken from people against their will, often gruesomely and without anaesthetic and while a person is still living, and often when the individual’s only so-called crime is engaging in a particular religious or spiritual practice.” 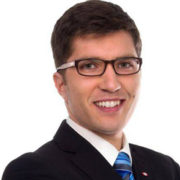 “The [Chinese] regime’s ghoulish and inhumane practice of robbing individuals of their freedom, throwing them in labor camps or prisons, and then executing them and harvesting their organs for transplants is way beyond the pale of comprehension and must be opposed universally and ended unconditionally.” 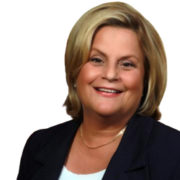 “It’s a crime against humanity. It’s abhorrent. And it needs to stop.” 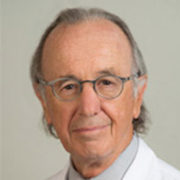 How can such an atrocity
still be going on?

The world is beholden to China. Human rights activist and Miss World Canada Anastasia Lin said it best in an interview with the Associated Press in December 2016: “Everybody is tied economically with China. China’s soft power is so huge that no one really dares to speak up.”

On top of that, such systematic horror is hard for normal people’s minds to comprehend. Attorney David Matas is a member of the Jewish community and believes that “after the Holocaust, it is impossible to rule out any form of depravity. Whether an alleged evil has been perpetrated can be determined only by considering the facts.” In their book, he and Kilgour went on to say, “The very horror [of forced organ harvesting] made us reel back in disbelief. But that disbelief does not mean that the allegations are untrue.” U.S. Supreme Court Justice Felix Frankfurter, in 1943, embodied a similar brand of shock of when he explained to a Polish diplomat why he responded with disbelief when, months earlier, Jan Karski told him that the Holocaust was happening. Frankfurter said: “I did not say that this young man was lying. I said that I was unable to believe what he told me. There is a difference.” Nonetheless, Dr. Torsten Trey, Executive Director of Doctors Against Forced Organ Harvesting, asks “How many lives would have been spared had Frankfurter acted sooner?”

Has any action been taken?

Laws that counteract China’s forced organ harvesting have been introduced or passed in some states and provinces in North America, in 10 countries worldwide, by various NGOs and medical organizations, as well as by the United Nations. As the truth sinks in for world leaders, many are listening to their consciences and starting to surround China with the legal and diplomatic means they have. Will rational measures work against a wholly irrational crime? It remains to be seen, but there is hope if world leaders act quickly and decisively.

What still needs to be done
to stop this crime?

Activists worldwide agree that the number one thing people can do is raise awareness and urge their elected politicians to be strong on this matter. Ethan Gutmann made an excellent point when he said “We’re not expecting the Western nations to cut off economic relations with China, but we do expect that [we in the West] will try to keep our own hands clean.” Here’s how Gutmann, Matas and Kilgour recommended governments do that: Ban all citizens from going to China for organs until an investigation has been completed; reject Chinese organ transplant researchers and their work from all peer review journals and conferences unless set criteria are met; insist on a full, unobstructed investigation by an independent body.

What You Can Do to Help